Welcome to the third week of our Positive Parenting alphabetic blogging series! Today’s topic is D is for Discipline. It’s a very complex issue and one that can’t be addressed within the space of just one post.

As such, I’ve decided to split this topic up over 4 separate weeks. Today, we will look at why rewards don’t work (even when you think they do!). 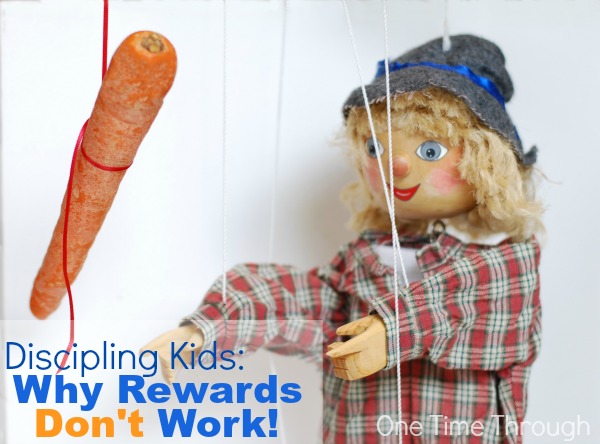 Next week, we’ll tackle the more controversial flipside of why punishments don’t work. There are real reasons backed by research that explain why positive parenting approaches usually avoid the use of both of these consequences.

Before we talk any more about today’s topic, if you haven’t already, you might be interested in reading more about Positive Parenting – the approach that this series is based on.

My goal for this series is to share some of the skills and knowledge that are a part of the positive parenting approach, examples of how you can use them, and personal experiences and reflections. You can read more about me and my background here if you like.

The word actually means “to teach.”

Unfortunately, often when we hear the word discipline, what comes to mind are punishments like time-outs, physical punishments like spanking, withdrawal of privileges or other negative consequences. And sometimes, we might also think about the more positive flipside too – giving rewards. 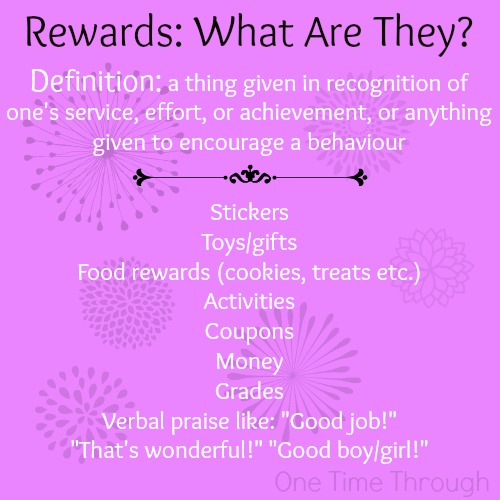 As a child behaviour therapist who worked with autistic preschoolers as well as brain injured teenagers with sometimes violent behaviours, I was extensively trained in how to observe behaviour, and then dole out the appropriate consequences – whether positive or negative. The hope was always to positively shape and change how that child behaved for the long term.

With the little ones, we relied on heaps of verbal praise, lots of positive “reinforcers” like toys and fun activities, and even food rewards like giving out Smarties for positive behaviours.

With the teens, it was the same drill, but there were also punishments like time-outs, withdrawal of privileges, as well as complex reinforcer systems that had the kids earning money for positive behaviours and losing money for “misbehaviours.”

As an elementary teacher, teaching students with less extreme behaviours, I used complicated reward systems with bonus coupons that could be cashed in for rewards and privileges, praise, verbal reprimands at times, and sometimes resorted to the school version of time-outs – sending a child to the principal’s office.

As you can see, I have lots of experience applying rewards and punishments to kids of many ages and different needs.

And you know what? It never worked.

Well…that’s not exactly true. Sometimes it worked…or appeared to work… 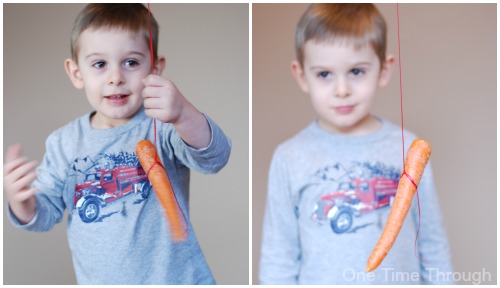 Onetime did not want to be my photographic subject for this post – as you can tell! And so – the scarecrow puppet!

With the little ones, which got lots of positive reinforcement and rewards, often the positive behaviours would increase. My little preschoolers with autism would start behaving in ways that looked more like the average child –  and parents were thrilled.

However, then the question arose…do we (or the parents) have to keep giving them Smarties (or other rewards) for life? How can we wean these kids off of the rewards, so they keep behaving how we would like them to by themselves?

Whenever we tried reducing the rewards, or changing them to something less tangible like praise, the positive behaviours started to decrease as well. Hmmm…

With older brain injured teens, after they had become accustomed to being rewarded for positive behaviours, you couldn’t stop. They just wouldn’t do anything positive unless they were rewarded.

And with average-functioning kids, in a school setting, once I had established a reward system of some kind for certain behaviours (like getting a bonus coupon for handing in homework on time), the kids became non-motivated to do those things AND OTHER THINGS unless they were promised a reward.

For example, I clearly remember kids starting to ask things like “Can I get a bonus coupon for sweeping the classroom too?” when they used to sweep just for fun!

I couldn’t really blame the kids. Kids are smart, and in all cases, they realized (whether consciously or unconsciously) that they could try to manipulate the system to get more rewards. Wouldn’t you do the same?

So – what’s the problem with this? Well – I think it’s important to ask WHY the kids were “behaving” instead of just being happy that there were more positive behaviours and being somewhat annoyed by the kids starting to ask for more and more rewards.

The problem is – that the kids in all three cases, became dependent on the external rewards, and less motivated within themselves (intrinsically), to act positively.

When this happens, a whole bunch of problems ensue like: 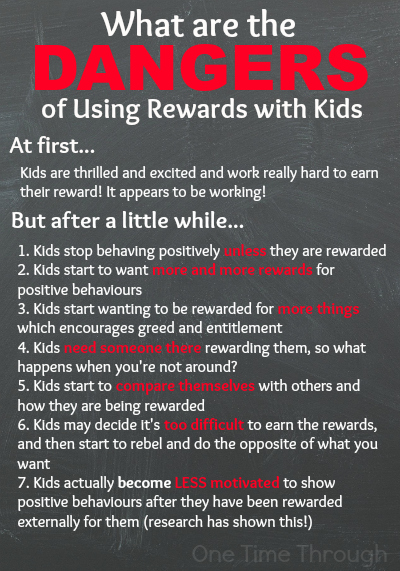 Did you read that last point? Really read it? You mean rewards can actually de-motivate kids? You bet.

When I learned this for the first time – it was a slap in the face I can tell you.

So then – all of these problems beg the question:

Why do we want our kids to “behave?”

Don’t we really want them to demonstrate positive behaviours because it’s either the right thing to do, or because those behaviours will benefit them socially in the long run?

Don’t we really want our kids to share, listen, cooperate, be thankful and respectful because these behaviours will help them gain friends and get along better with others (not to mention make parenting easier!)?

If we are rewarding our kids for these kinds of things, are we robbing them of the opportunity to experience what it feels like INSIDE or naturally when they exhibit these behaviours? 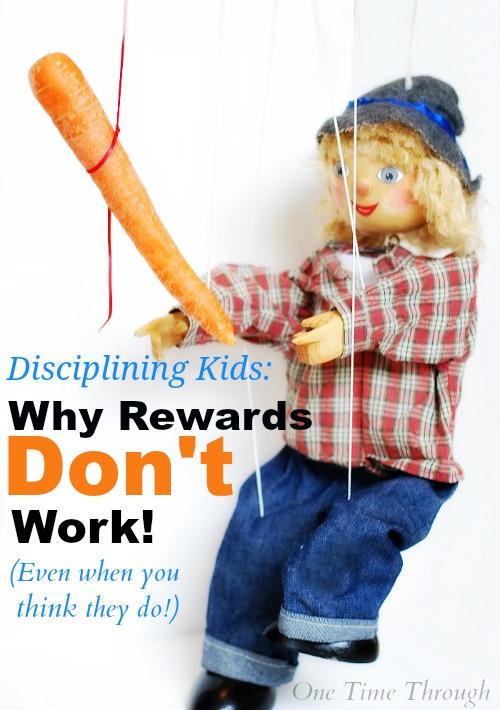 Even using rewards with behaviours that it may seem harmless to do so – because there are no or little social ramifications – like potty training, or getting a child to clean his/her room, or to get to school on time, can backfire and lead to the problems I listed above.

And I have to wonder as well, whether rewarding kids impacts their future self-esteem.

If kids are behaving in certain ways to appease others (parents or teachers), aren’t they less likely to attribute their own positive decisions, choices and actions to themselves then?

How could that not rob them of the chance to feel really good about themselves?

In the end, it all comes down to what we want for our kids in the long run. In my family, we have made a highly conscious decision to avoid using rewards.

In my opinion, the potential benefits are few, and tend to be short-term, and the downsides are just too expensive if they come at the cost of my child’s sense of self, development of morality, self-esteem, or feelings of competency.

As you can see, I feel very strongly about this topic. It’s my hope that if you haven’t heard about this negative side of rewards, that I’ve given you something to think about at least!

If you’re interested in this topic and want to learn more and read some of the supporting research, I would strongly recommend reading either of Alfie Kohn’s books, Unconditional Parenting: Moving from Rewards and Punishments to Love and Reason

or Punished by Rewards: The Trouble with Gold Stars, Incentive Plans, A’s, Praise, and Other Bribes

Follow our Positive Parenting Pinterest board where all our posts will be added and where you will find all kinds of positive parenting resources from around the web!

Thanks for joining me this week and hope to see you next Saturday! You can find all our series posts on the Positive Parenting Page. 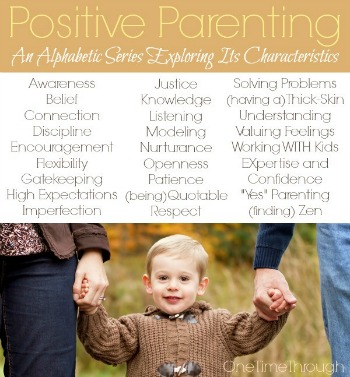