To celebrate the last day of pirate themed activities and crafts, I planned a fun Treasure Hunt for Onetime yesterday. When I was a kid, I used to make these kinds of hunts up for my friends and it was always a blast! 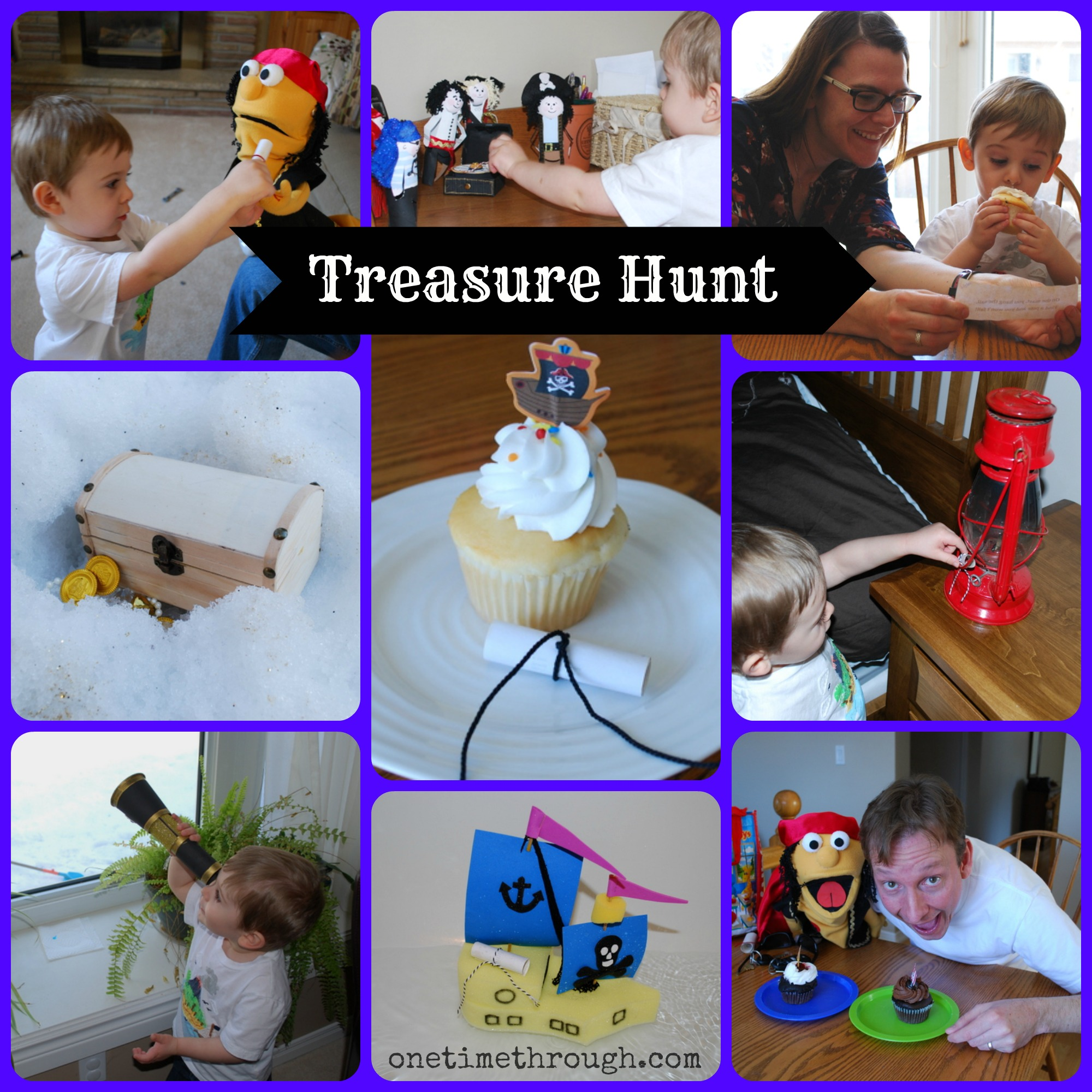 Take this idea and use it for a birthday party, a special event or holiday, or just for no reason at all other than the fun of it! After our hunt today, even my husband said, “That was fun! Let’s do that again sometime!” Maybe an outside one for Easter?

Check out the directions below. If you want to download the complete set of clues to use yourself, click here: Treasure Hunt Clues.

What You Will Need:

1. Think of a fun way to introduce the hunt to your child. We had Pirate Pete give Onetime a scroll with a note explaining the hunt:

“To find the treasure, you have to listen, and follow the clues to the gold that glistens!” 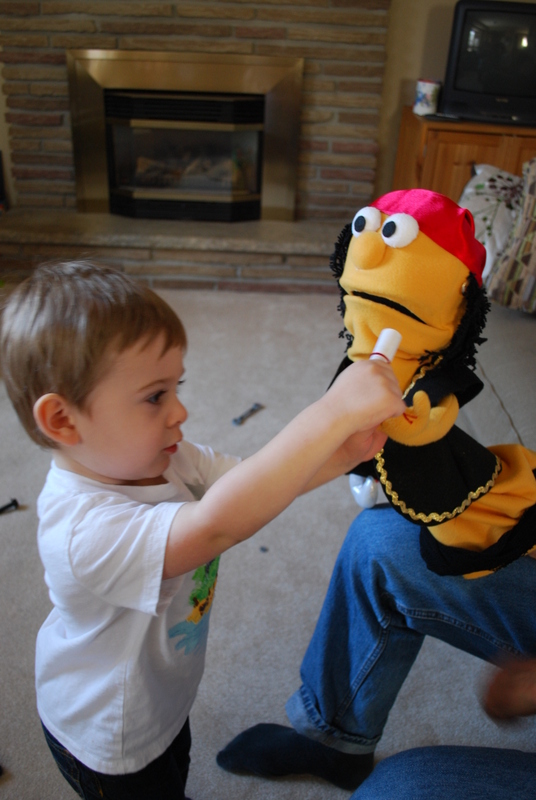 2. Then you will need to write between 5 and 10 clues – each on a separate piece of paper OR use our FREE printable generic clues (Treasure Hunt Clues). Each clue should direct your child to a place in your home or yard.

We pretended our house was a pirate ship and wrote rhyming clues for different places. For example, the Captain’s Quarters was the master bedroom, the Ship’s Mess was the kitchen, the Hold was the basement, etc.

For example: “Go to the place where sailors rest their heads, In the Captains quarters by the master bed!” 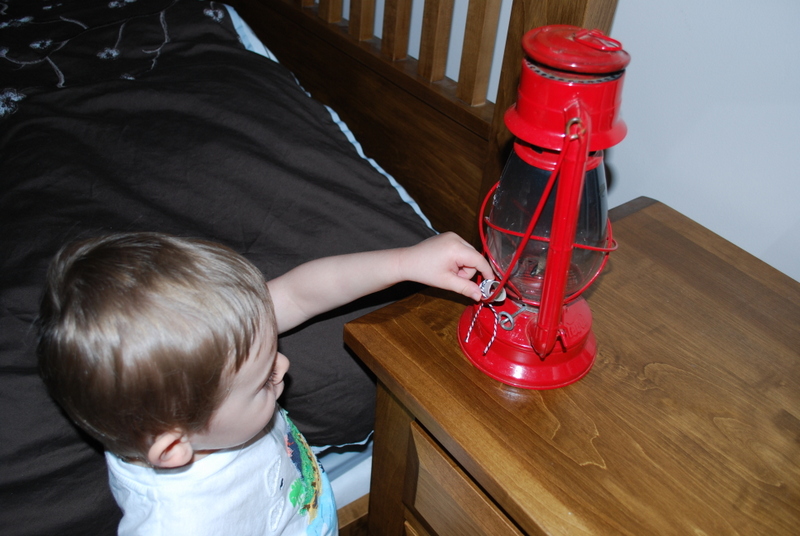 3. Then I decided what order I wanted Onetime to go to each stop along the way and I numbered the clues. On a separate sheet, I kept track of where each clue was and what number it was and then I rolled up the clues and hid them in their spot. For example, for the clue above to the master bedroom, I hid the next clue on the night table that led Onetime down to the next clue in the basement.

4. At some spots, I included fun pirate themed crafts to help Onetime find the scroll. If you use this idea for a birthday party, you could have the kids do an activity at that spot before they receive the next clue!

Find the instructions for these adorable Paper Roll Pirates here. 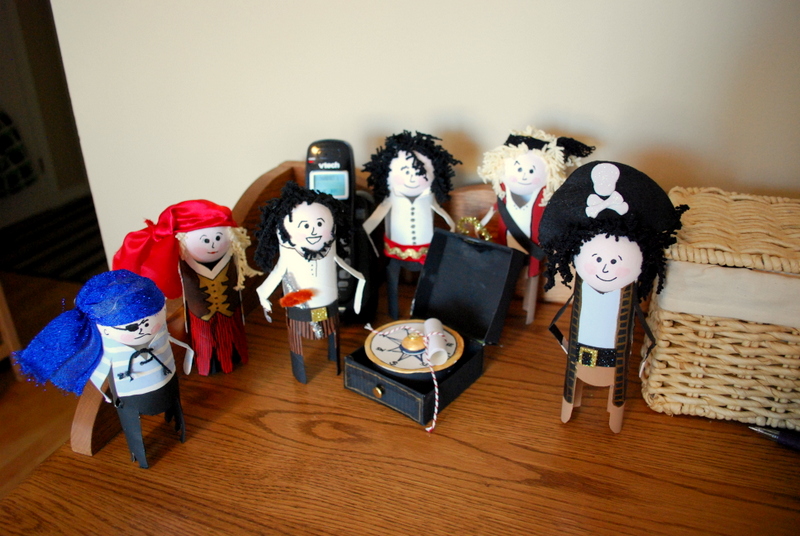 Pirate dolls surrounding a clue on the “Communications Bridge”!

5. Keep in mind that your final clue should lead to the “treasure.” Our last clue led to the front window where there was a play telescope. We told Onetime to look out the window to see the treasure. 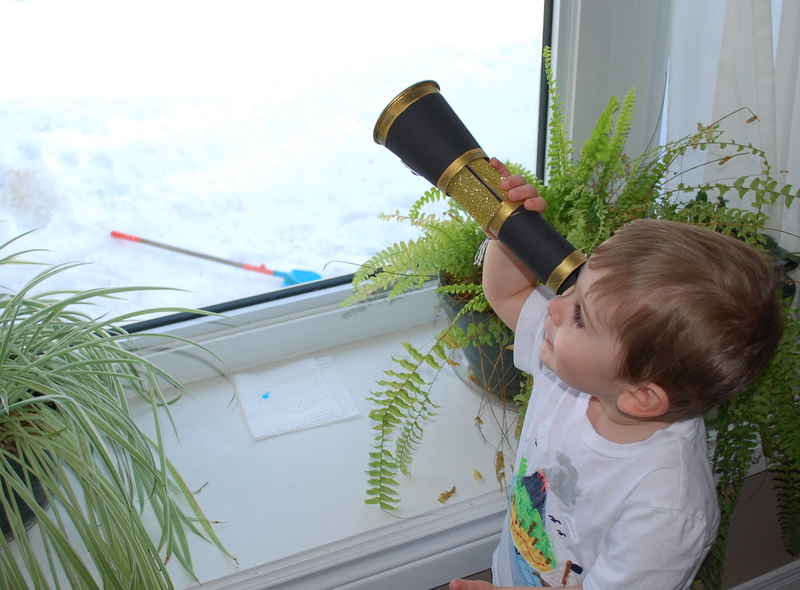 Looking for treasure from the “Crow’s Nest”

Outside we had buried a treasure chest in the snow and sprinkled the ground over it with gold glitter and left a shovel nearby. Onetime was eager to get outside, find the sparkly snow and start digging! 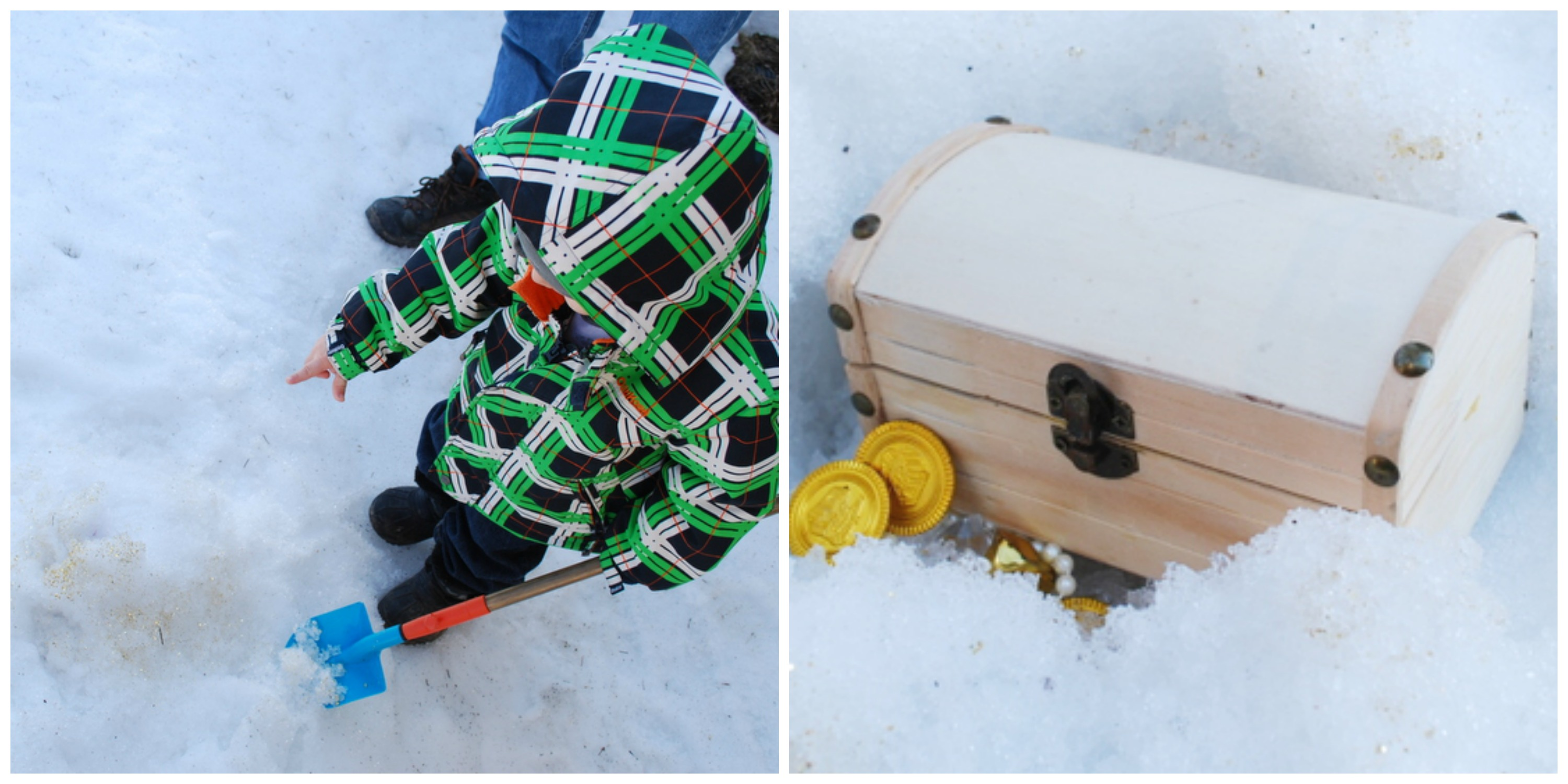 Another one of the stops along the way was a cupcake treat in the ship’s mess (aka kitchen).

In retrospect, I should have used the cupcake as the final clue – Onetime told me later that was the best part! I could have hidden the clue for the cupcake treat in the treasure box that Onetime dug out of the snow. But you do whatever you want!  If you use this idea in the spring or summer, you could use a sandbox or a pot to bury a treasure!

Tips for a Successful Treasure Hunt

* Read each clue to your child and be prepared to give them hints, but not too many hints. Onetime (only 2 and a half) was able to guess all of our clues except one – which surprised me! I thought he’d need more help.  He was SO excited throughout the entire hunt! 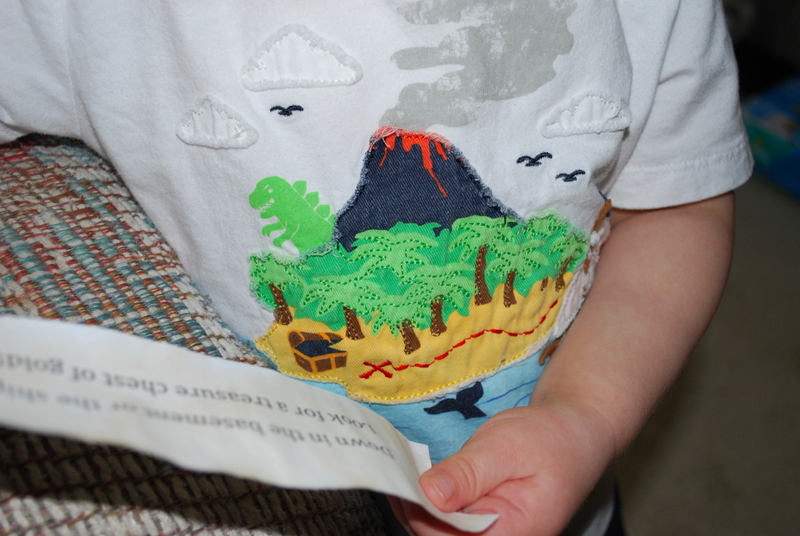 * Don’t be afraid to be goofy, or act in character as a pirate for this hunt. Little ones LOVE to see Mommy and Daddy pretending along with them! 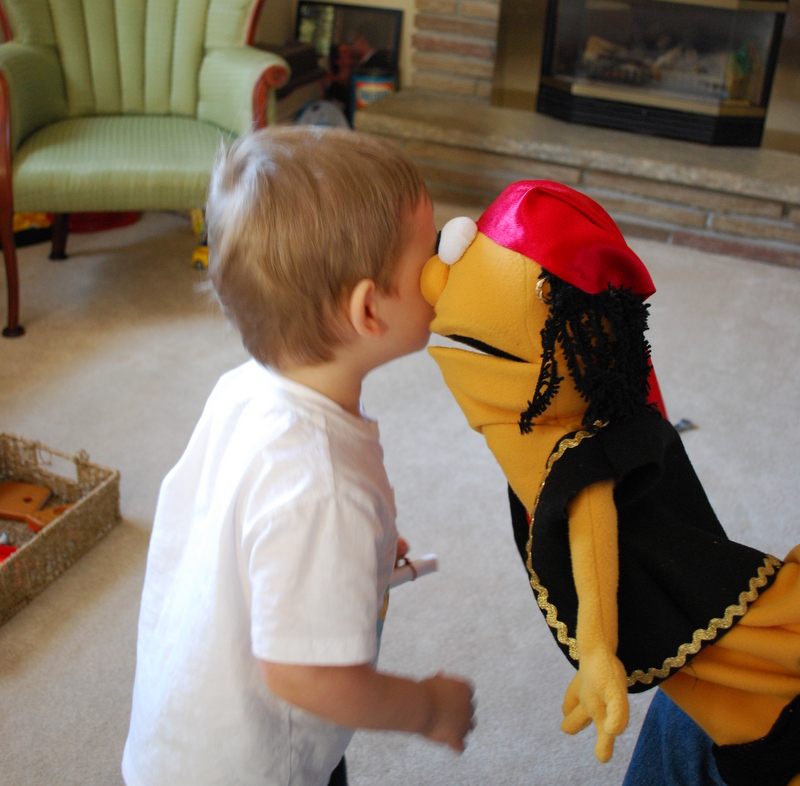 * Invite a few other kids to join in the hunt!  Or a special puppet friend or stuffed animal!

Hope you give this a try – either as a treasure hunt – or as your own version!  If you do – I’d LOVE to hear about it! Leave a comment and share your ideas!