Craving a side of SCIENCE with your eggs this week?  Check out our collection of 6 simple egg experiments that are super-fun for little kiddos while teaching them to hone their ability to OBSERVE – a critical scientific skill! 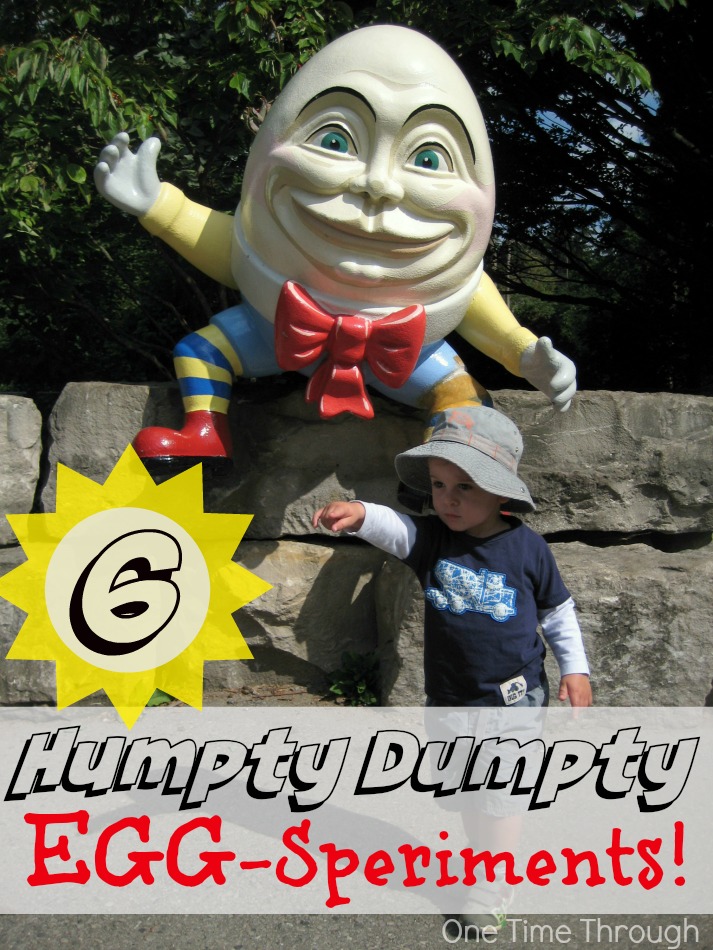 For ALL 6 Egg-speriments – You Will Need:

This experiment reinforces the concepts of sinking and floating, while letting your little one practise his/her counting.

First – make Humpty Dumpty with an egg and permanent marker. Have your kiddo add some hair or ears, or hands!

Fill a clear jar with water and place Humpty in (he should go right to the bottom.) Talk about how he sinks. 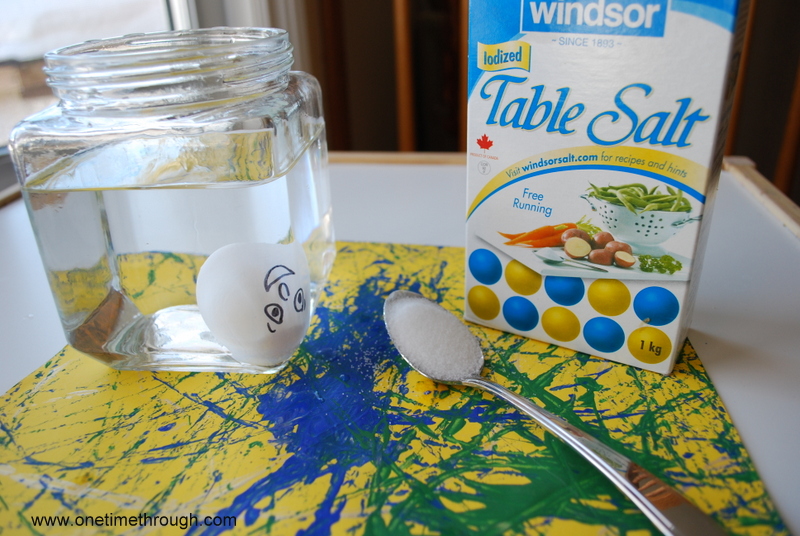 Ask your child what they think will happen if you add some salt to Humpty’s water. If you want, you can tell them that something special is going to happen after enough salt is added.

Have your child add one Tbsp of salt at a time to the water and stir each time to dissolve the salt. You can practise counting as the salt is added. 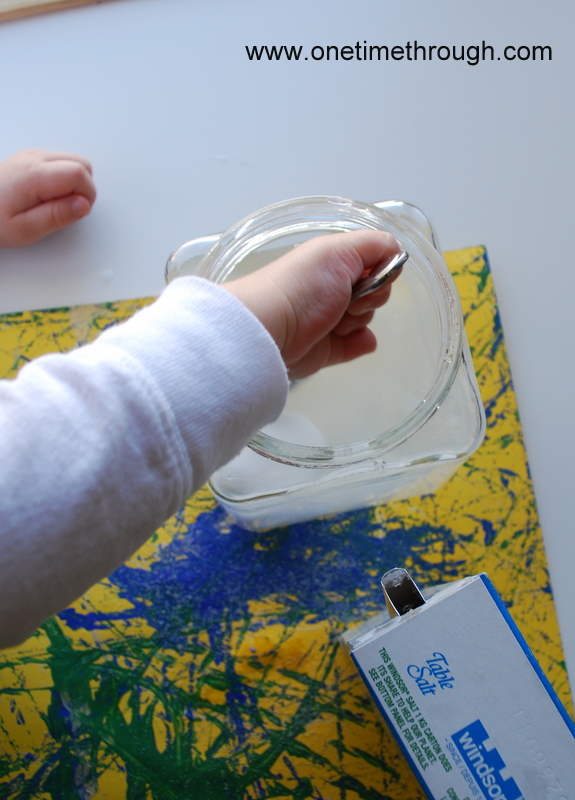 Remind your child to observe like a scientist to watch and see what will happen to Humpty.

SCIENCE NOTE:  Eventually, the salt will make the water more dense than the contents of your egg, and Humpty will float to the top of the jar! 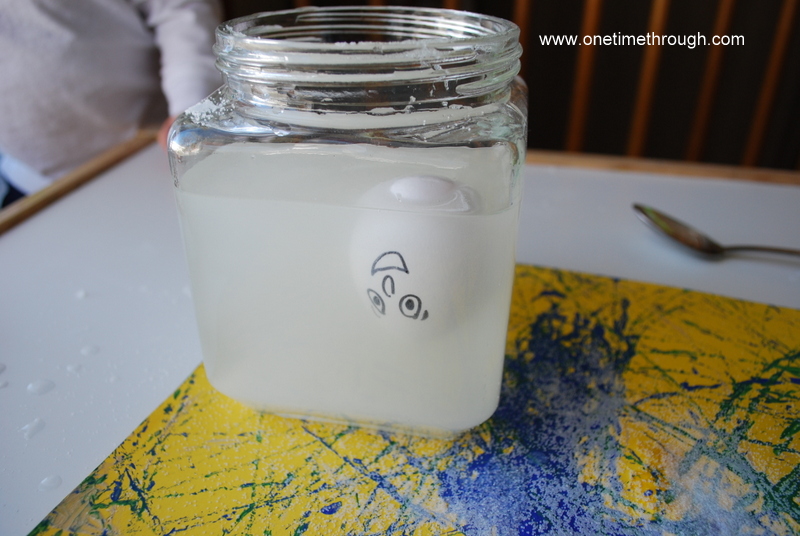 Egg-speriment #2:  How Strong is Humpty’s Shell?

Did you know you can squeeze Humpty super hard without breaking him? (As long as you use your entire hand wrapped around him so the pressure is exerted equally!)

And note: he WILL break if you squeeze super hard – but he can take a real good squeeze! It would be extremely difficult for a young child to do it! Onetime had a lot of fun with this – there were lots of grunts as he squeezed! 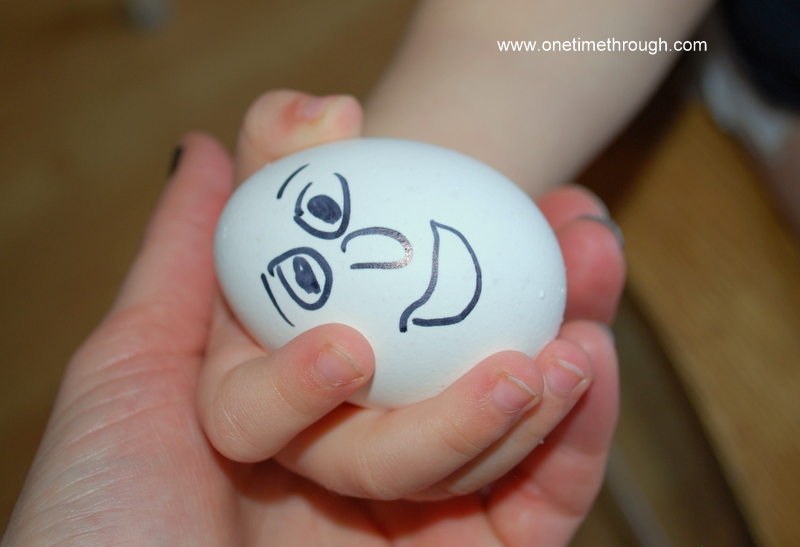 Did you know that kids can walk on top of a bunch of eggs and that they won’t break? We tried it successfully and Onetime thought it was the funniest thing ever!

SCIENCE NOTE:  The dome shape of the eggshell is extremely resistant to compression forces. This is why this shape is used often for bridges and domed buildings.

Just remember to have your child step onto all the eggs at the same time (or lift them onto the eggs). We used 8 eggs and they were all fine! 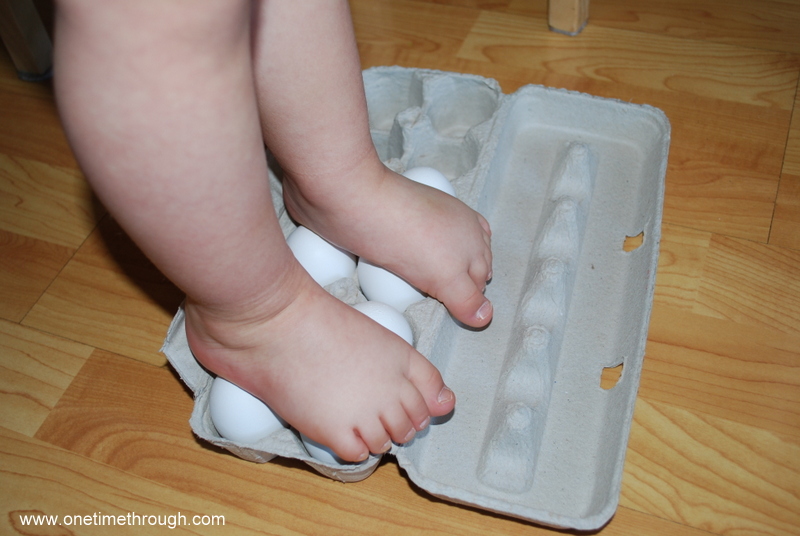 You are supposed to be able to place a number of heavy books on top of 4 half-egg shells arranged in a square without them breaking. We tried this using the fatter bottom of the egg, and they took one large book, but the second heavy book crunched 2 of the shells.

Probably, the jagged edge of the shells created some stresses – maybe you could reinforce the edges with tape and then try (we ran out of eggs!) Onetime still enjoyed this little experiment though and was really interested in “observing” as a “scientist.” 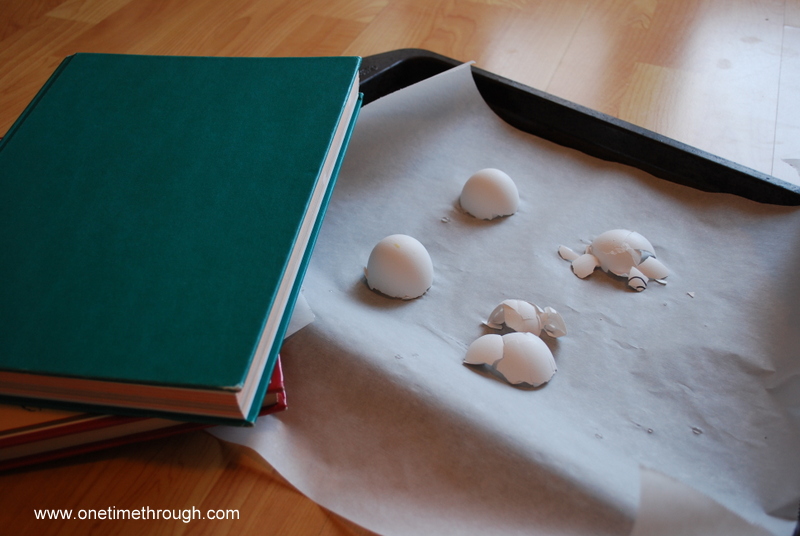 Place Humpty gently into some vinegar in a see-through container and leave him for a few days (maybe 3). Have your little one be a “scientist” and do some regular observations. 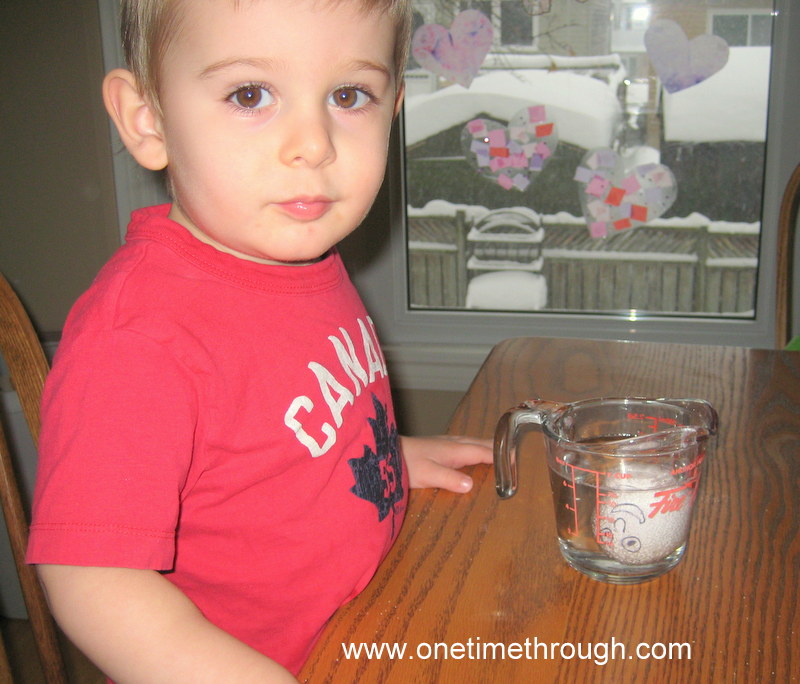 You should notice bubbles forming around the egg within an hour.  Ask your kiddo what they think the bubbles are!

SCIENCE NOTE:  This is air escaping from the inside of the egg as the shell starts to break down. Chicken eggshells are mostly Calcium and the acid of the vinegar will eat almost the entire shell away after just a few days. 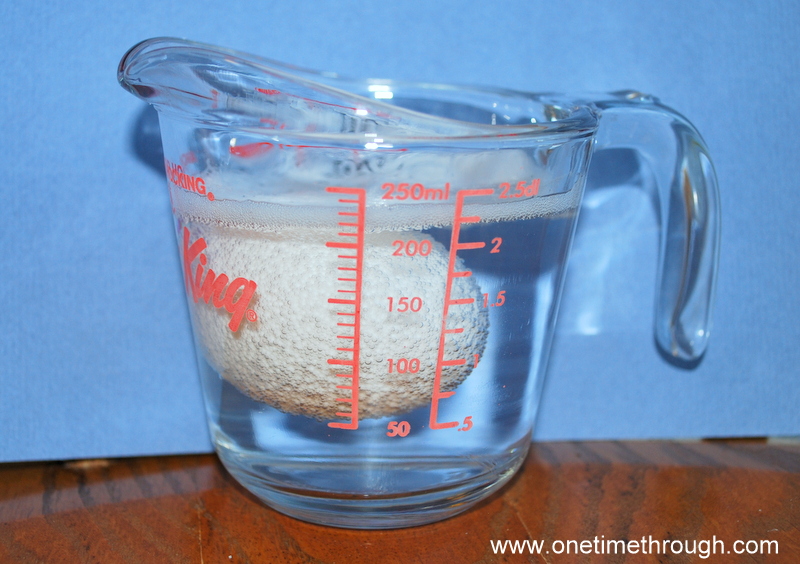 After one day, you will likely notice foam around the egg and the marker will lift off too. 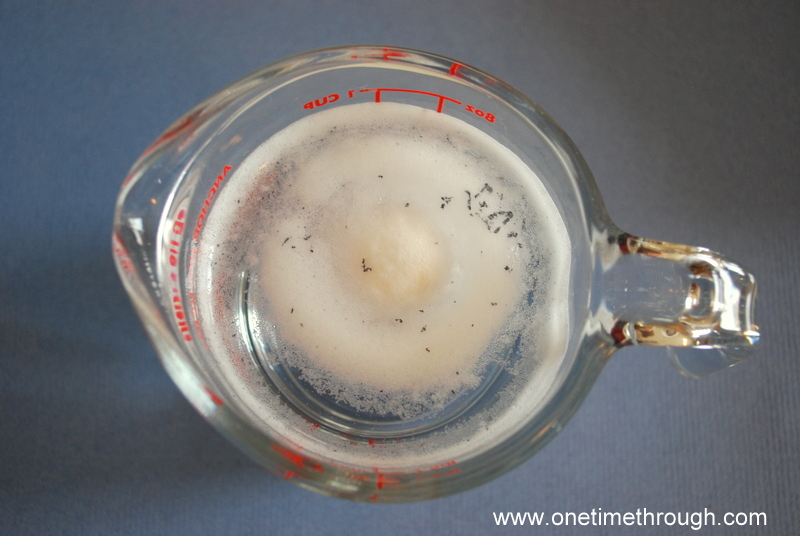 After 3 days, the egg will be spongy to touch. You can gently wash it under a tap and handle it and squish it gently. The membrane of the egg is holding the contents together now. Also, the egg should be bigger because it has absorbed vinegar through the membrane. 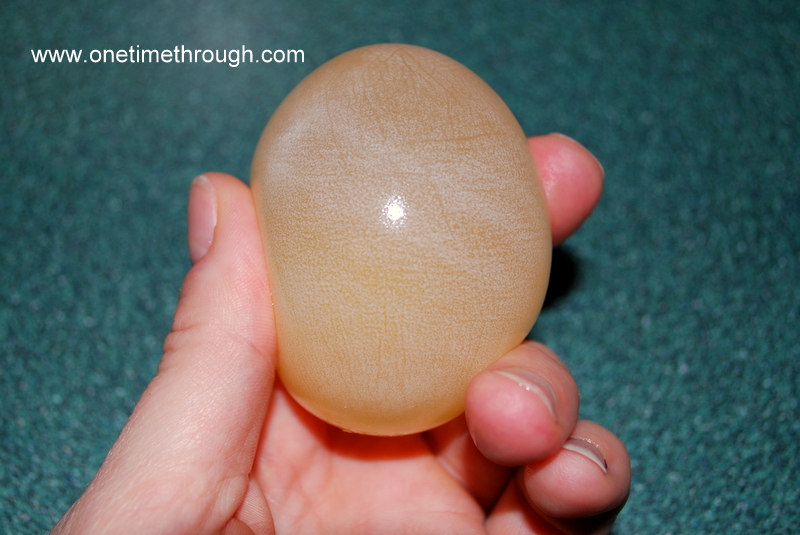 You should also be able to see through the egg – and notice how the yolk moves inside the egg to always stay up! Hold it up to a light to see the yolk easily. 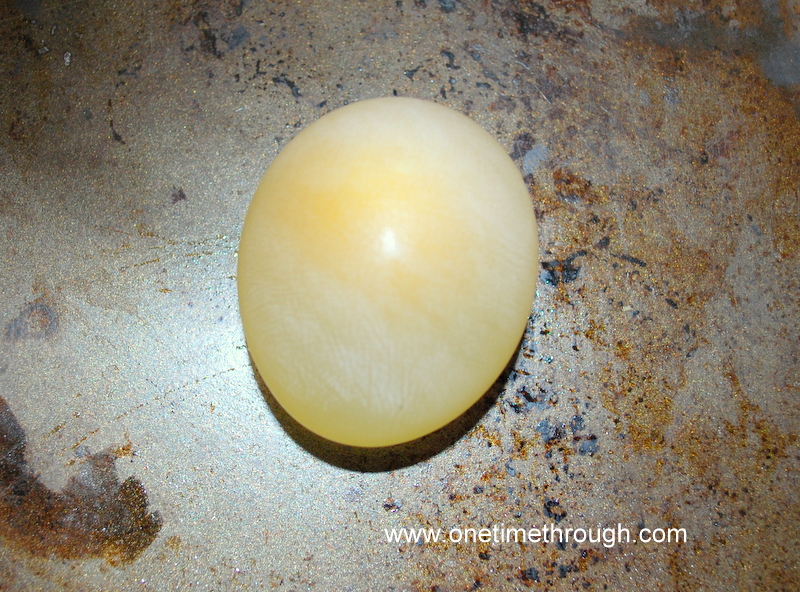 If you’re lucky – you are supposed to be able to gently bounce the egg! The key word here being gently.  Any Princess Bride fans out there?  I just had a PB moment!

Anyway, I would strongly recommend a tray under your bouncing experiments though – as ours broke! (Probably because Onetime was a little overexcited and kind of whipped it!) 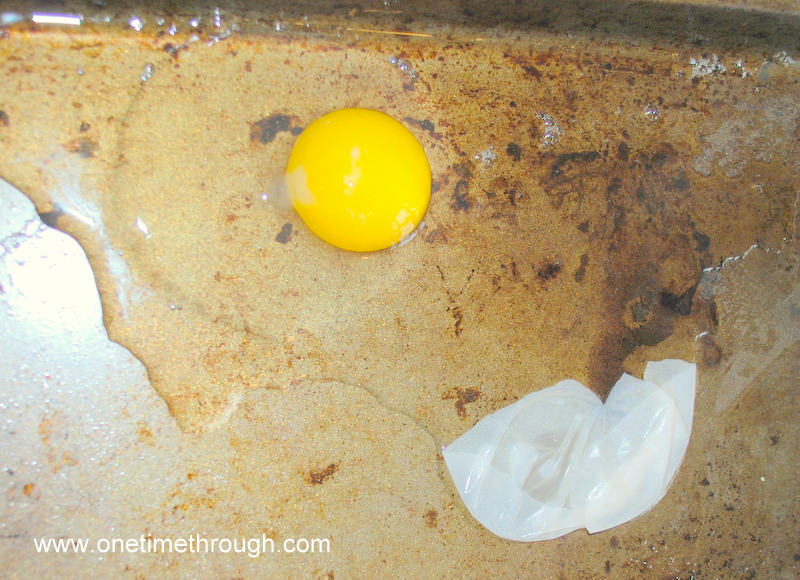 Note: You will need a second “imposter” Humpty for this experiment!

The big question for this experiment is “What happens to an egg if you remove the insides and then dissolve the shell?”

This is a great activity to try AFTER you have done the previous experiment to remove Humpty Dumpty’s shell with vinegar.

This time, blow out the insides of your egg and then sit your empty shell in a container of vinegar for 5 to 6 days. If you haven’t blown out an egg, try this link: 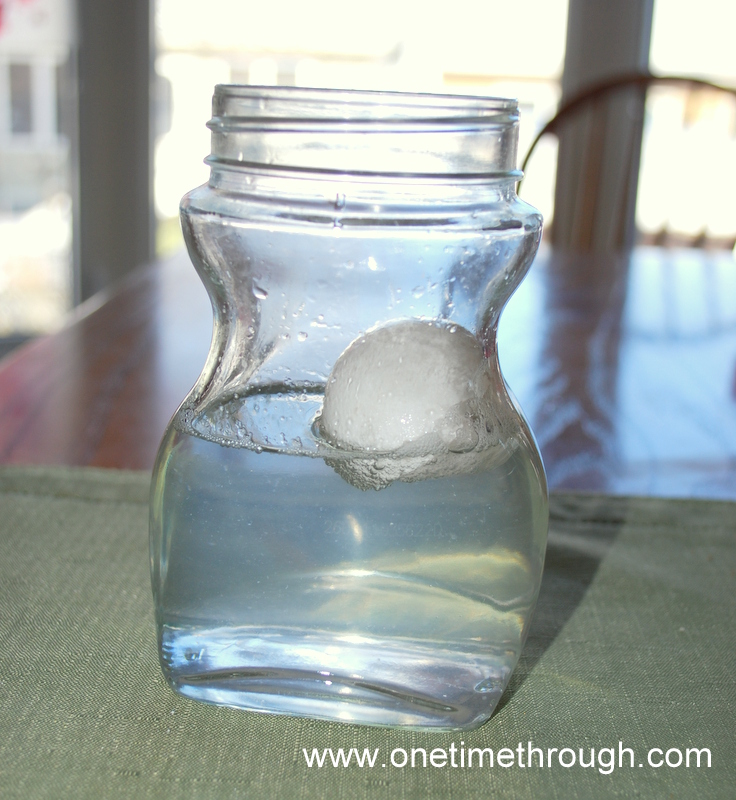 Have your little one Predict what might happen to the egg. Remind them that the vinegar dissolves the eggshell.

SCIENCE NOTE:  What actually happens is the shell is dissolved by the vinegar, but the membrane of the egg is left over. This membrane will still have vinegar inside it – so it’s like a “squishy” bag toy. If you lightly dust it with talc after the shell has completely dissolved – you can squish it around for a little while. 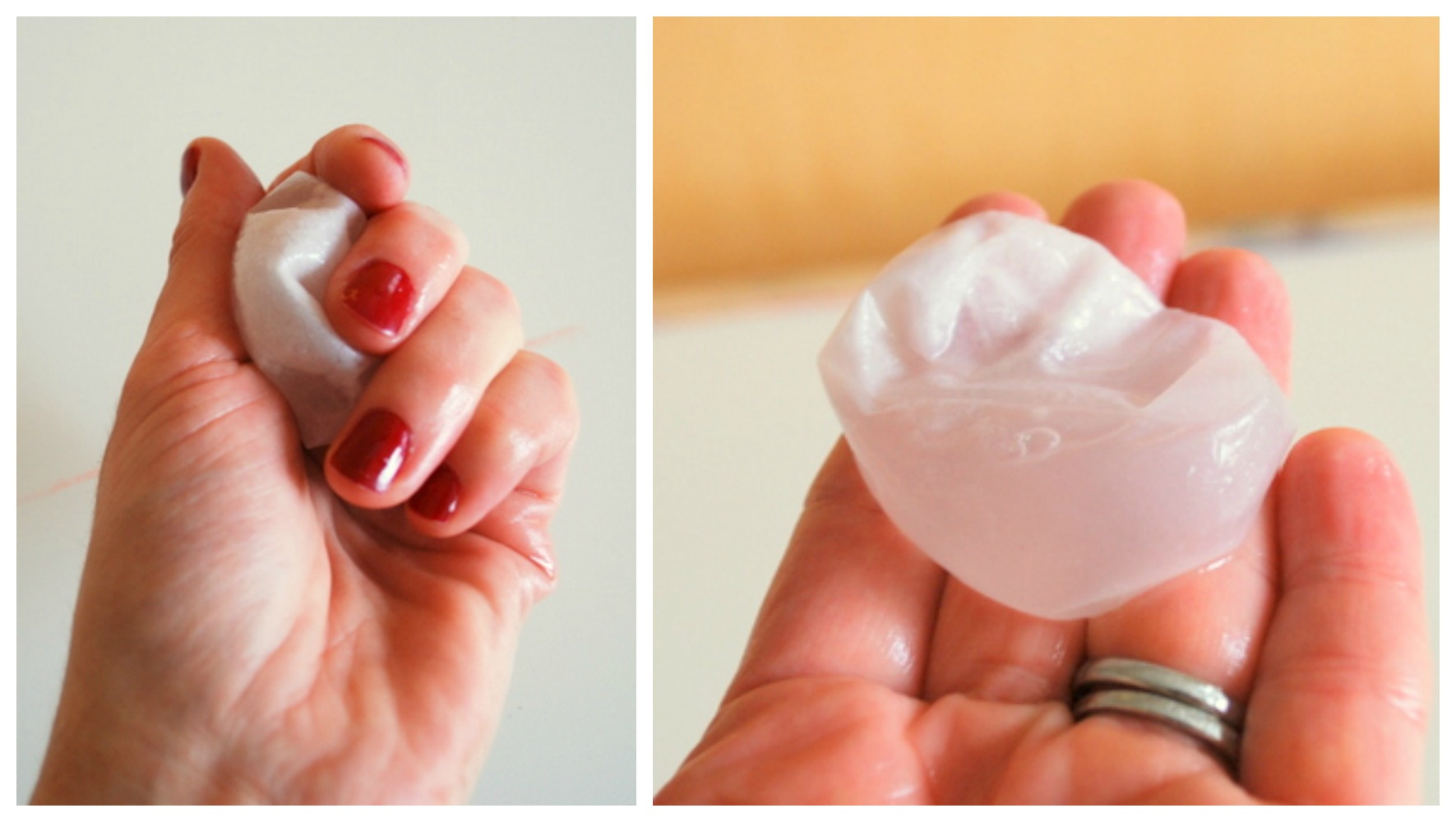 That’s it – 6 fun and super easy egg-speriments to try with your little one!  Hope you have as much fun as we did!

If you’re looking to extend the fun of these activities, be sure to read about how we used Humpty Dumpty to work on our rhyming skills by making up our own book starring Humpty! 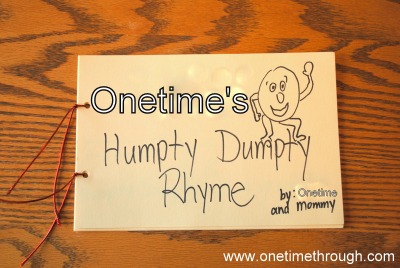 I’d love to hear if you try any of these out and how they went for you! 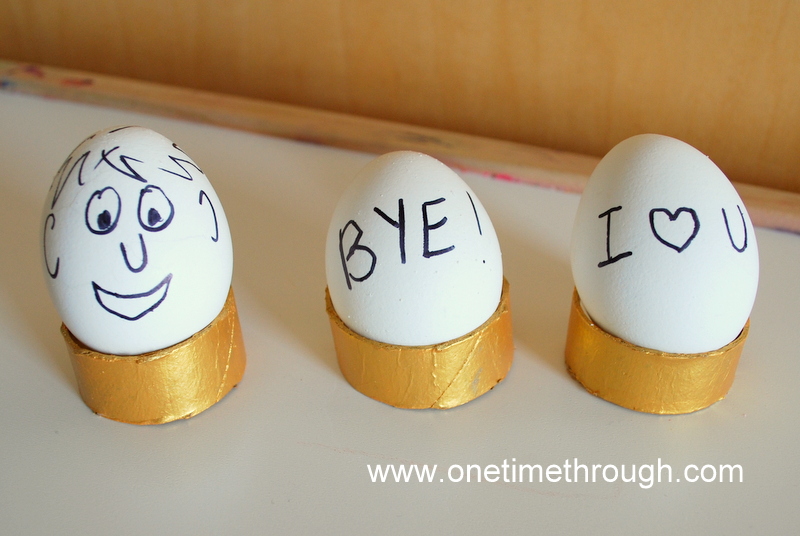 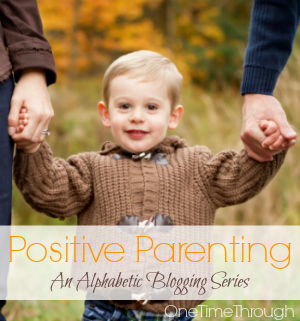 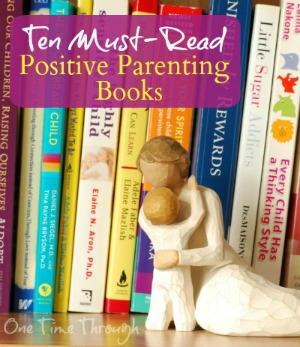